Beetle Bones is the culmination of nearly ten years of pop and roll experimentation and the third full-length album from Sydney’s The Nature Strip. 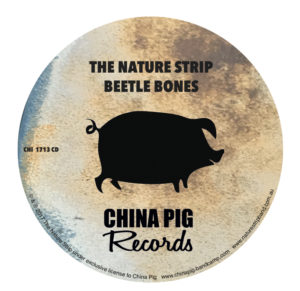 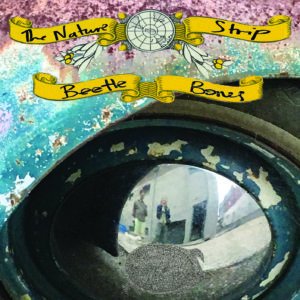 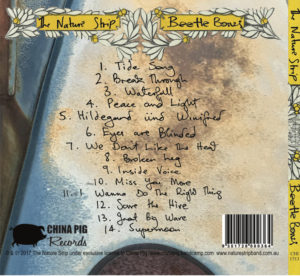 Beetle Bones is also the first of the group’s albums where there’s a 50/50 split between its two singer-songwriters. Aside from a couple of songs for his early Nineties band Swordfish, Pete Marley had been more a player than a writer, not least in a vehicle for John Encarnacao’s songs, 2000s group Warmer, who released albums with W.Minc and Half a Cow. On Beetle Bones, The Nature Strip flirts with hard rock (John’s “Hildegard ünd Winifred”), funk (Pete’s “Peace and Light”), synth pop (Pete’s “Inside Voice”) and a kind of blues (John’s “Broken Leg”). Pete looks down the lens of domesticity (try “I’m a wreck and you’re the storm” from “Inside Voice”) and long-distance relationship blues (“Miss You More”). John delivers an indelible melody and mood on “Break Through” and does a kind of acoustic punk thing on “I Wanna Do The Right Thing” (both of which fans know from his solo shows). Pete becomes a crusty, crazed disciple of the ocean on “Great Big Wave” and John takes a honey-soaked metaphor to flight on “Save The Hive”.